Andy once constantly plagued by the thoughts of public judgement, now finds himself running marathons and living his best, healthiest life. Learn about Andy's past to now his current state, where he runs 5k daily, and learn what steps he took to get there. 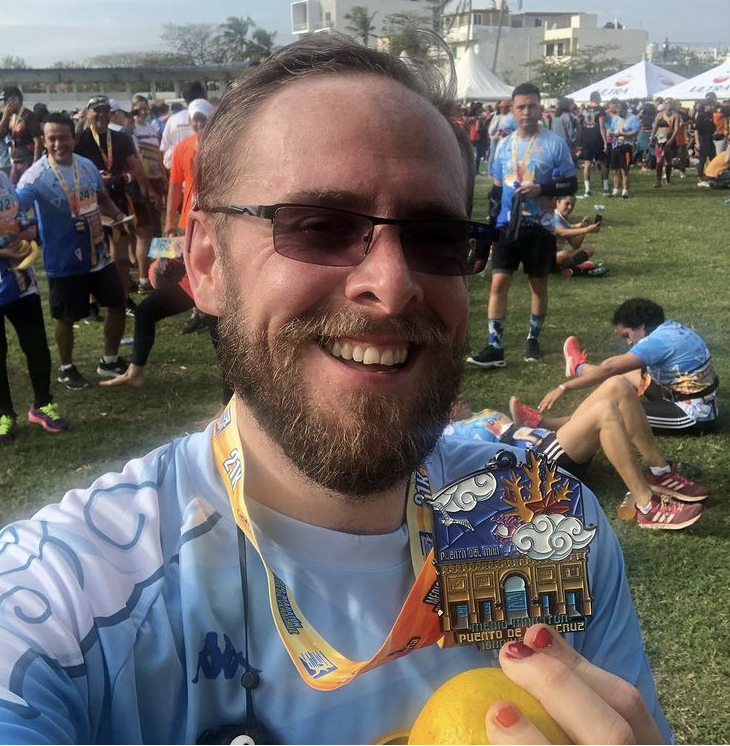 How did you feel before losing weight?

For Andy, at the beginning of his weight loss, he was very self-conscious. In quotes, he stated," I felt that everyone was judging me for my weight." It's common to think that people are always judging you for your body size, especially when you could end up being the "only fat person in the room." Being quickly out of breath, constant hunger, and indigestion were common side effects from Dainty being at his current past size. These symptoms made a living only more of a struggle, taking him away from living life to the fullest.

What sort of health conditions did you have due to the weight?

Dainty's weight put pressure on his health, causing aggravation to his asthma. It also leads to skin tags, which is common skin growth in which a short, narrow stalk sticks out. Like many others, his weight also put him at risk for getting diabetes, which already was running throughout his family. Alongside this risk, cardiovascular conditions were a possibility it didn't get his health back in order.

Andy had already gone through two significant periods of weight loss in his life, now hoping to get his life back in control finally. It's common for many to lose weight only to gain it back, which is known as the yo-yo effect. The loss of weight had not only given Dainty a sense of control but empowered him to make changes within his life.

So how did he lose the weight?

Here's his response in FEF (Food, Exercise, and Fasting)

"Paleo is the easiest to follow, I think - just cut out the carbs and eat as organically/naturally as possible. Keto is tricky and involves lots of math, so I think I only really do it 100% when I'm fasting. I've also followed a very prescriptive diet with a personal trainer. That's a great way to drop weight, but not a great way to maintain."

What kind of exercise did he do?

"As aforementioned, I had a personal trainer for about 9 months who helped me with diet and a lot of strength and resistance training, with cardio relegated to warm-up and rest days. As for more regular periods, I cycle to work daily (something I'm missing with the lockdown). On top of that, I jog up to 5km daily and do ab and strength workouts - largely from Darebin. Habit is the big thing I recommend - choosing things that slip easily into the schedule. I'm struggling with that at the moment. Oh - the Zombies Run app is fantastic if you get bored while running. It's a great narrative-lead training app that has you running away from zombies!"

What method of fasting did he use?

"Fasting has been helping me maintain my slightly higher weight over lockdown and give me that control that I was talking about before. I use an app called @zerofasting, which has a lot of advice and an attractive timer. I started slowly16-hour6 hour fasts - basically an early dinner and skipping breakfast - and have slowly worked my way up to managing at least one 36-hour fast a week. My record is 42.7 hours. You can drop a good 2kg in water weight with a fast like that. It's a great way to start your week on top of your routine. I just need to get back into pairing it with other things."

Did anything impact you to make it harder to lose weight?

Like many around the world, the lockdown had taken a toll on Andy. This had caused him to lose his routine, increase in anxiety from COVID-19, and suffer from periods of emotional turmoil. Despite already having it hard from the pandemic, he had lost his job and caught the flu earlier in the year, which had destroyed all of his habits that he used to have. Despite these situations, he kept pushing himself onwards.

"Holidays, celebrations, and whatnot can be a lot harder, but there are ways to keep on pushing through, or just to forgive yourself for before hopping back on the wagon the next day."

What kept you motivated throughout the weight loss?

Andy says that weight loss "is a thing that gives itself some momentum." This is true because seeing his constant success in weight loss helps keep you motivated throughout the journey. Aside from the number going down on the scale, looking at past photos and trying now too big old clothes had helped to keep him going. Andy had also begun to receive comments on his weight loss and felt more able to do things he couldn't once do before.

"The hardest step is the first."

How much weight did you lose in total? 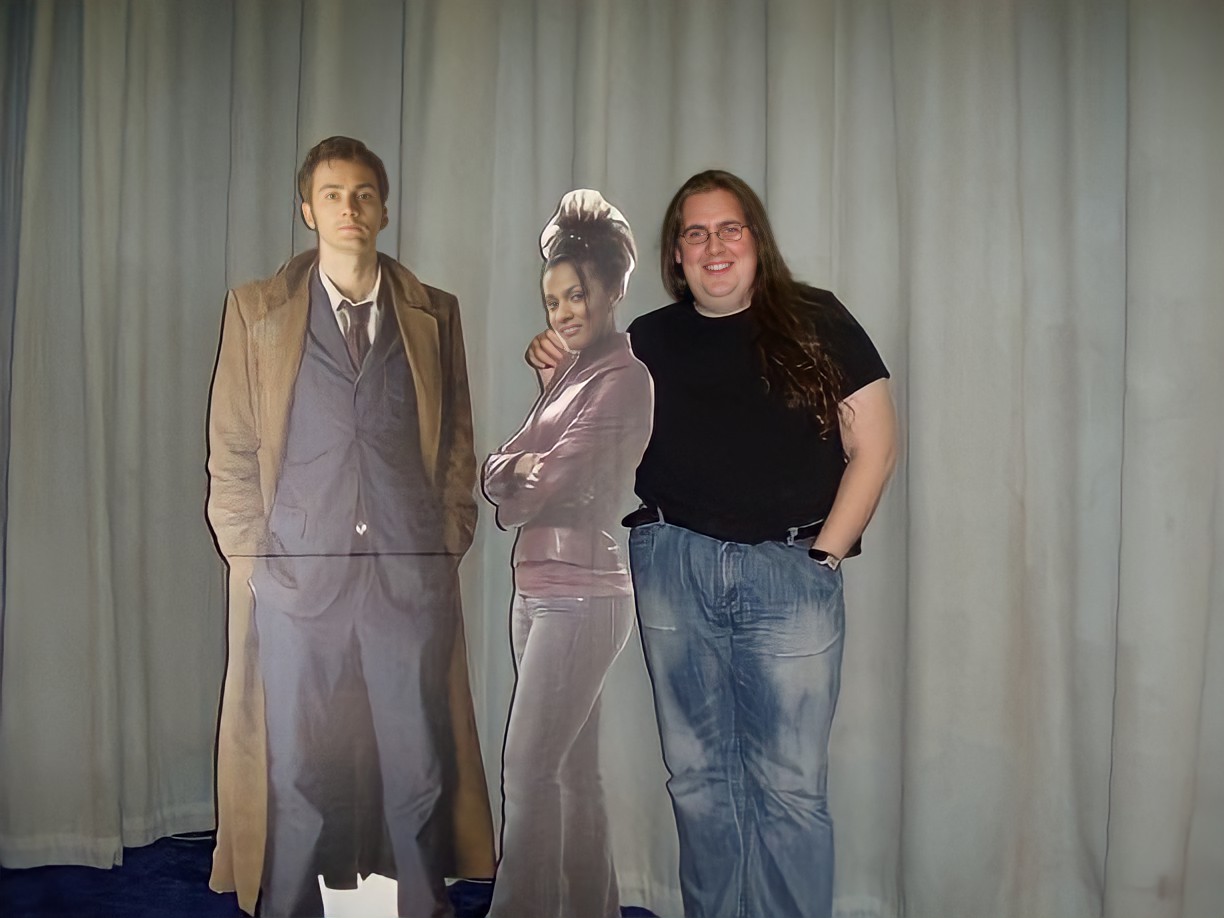 How do you feel now after losing the weight?

After losing all the weight, Andy says he feels better about himself than he had ever in his life. Along the way of his weight loss journey, he had learned more about food, now becoming more educated on what foods are good for his body and ones he should stay away from. He has also picked up a new hobby, running, which allows him to travel with a healthier body.

Did any health problems go away once you lost the weight?

Andy had previously had a torn meniscus, a cartilage piece found where two bones meet (joint space). It would cause him a lot of pain to the point where he was limping every time it got to cold, or he tweaked it slightly. Now, thanks to the strengthening muscles around his knee and him carrying less weight on his body, he rarely has so much as a twinge from it these days.

How is your confidence now?

His confidence had increased from his past self, though he still struggles with it as it's rooted in him being overweight. This is common to still feel insecure, especially after being overweight for a long time in your life. Some may even feel unconfident about shopping with others or think a store may not carry their size. Others may think they still aren't good enough to enjoy life to the fullest. It may take a long time for self-acceptance to come after losing weight, but it certainly helps to try new things that you wouldn't have in the past.

What are some things you couldn’t do before weight loss that you can do now?

Before the weight loss, Andy couldn't run long distances; now, he has successfully run a half-marathon and even won a medal. When he still was overweight at his time in school, he had always been behind in cross-country races, so this is a fantastic accomplishment for him. He now can do exercises like pushups, crunches, planks, and other regular exercise measures. 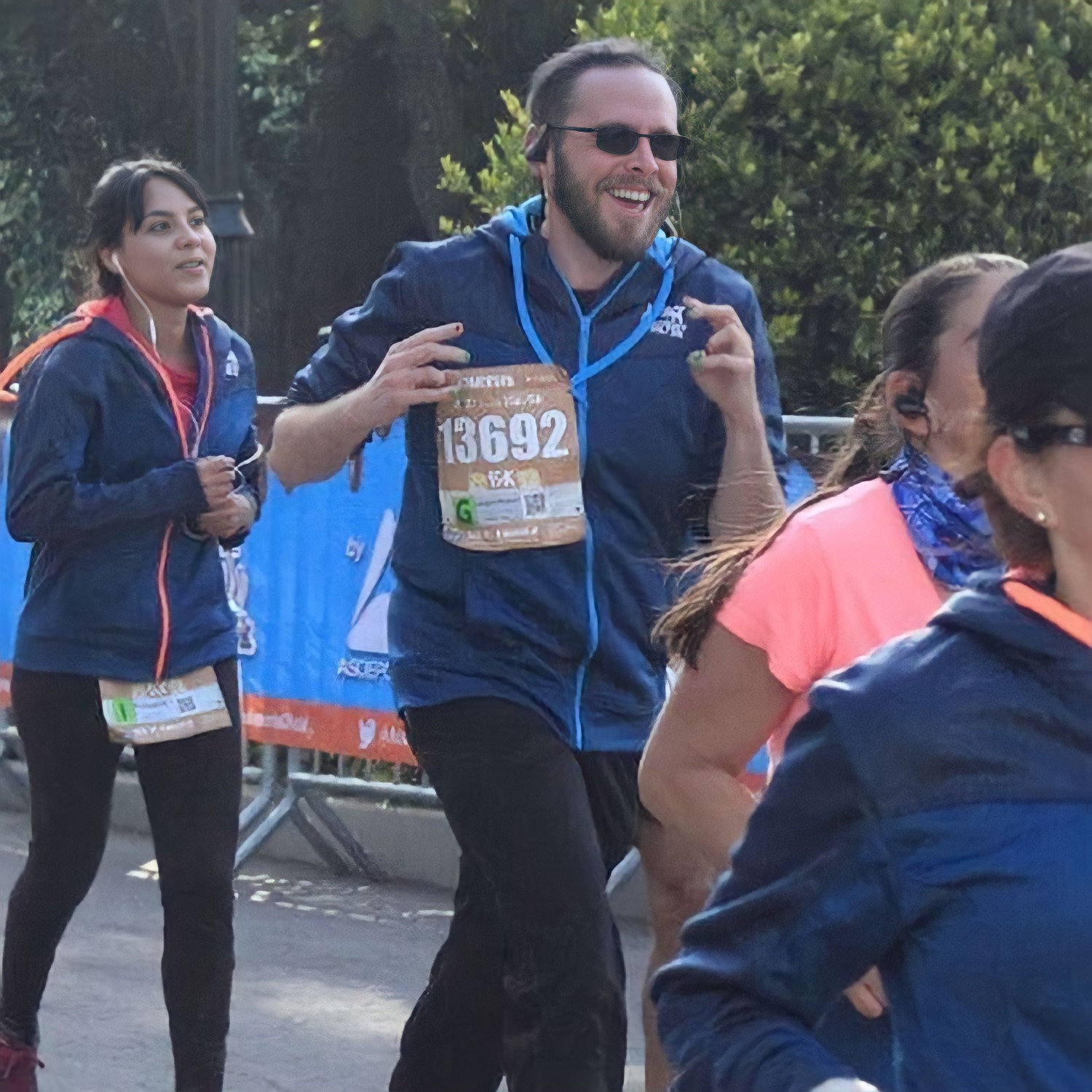 What did you learn about yourself throughout the journey?

"I use food as comfort. That I can make a change in my life if I really want to. That I don't see myself the way that other people do."