She didn't want to be the "fat mum." Layla having her own children, found constant problems in where her weight came first before enjoying time with family. Follow in this story of how this mum changed herself from being exhausted all the time, do walking even through the rain. 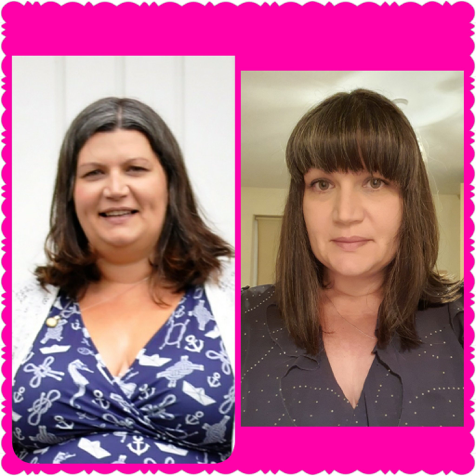 How did you feel before losing weight?

Before the inevitable weight loss, Layla had felt sluggish, bloated, and exhausted. These are common side effects of being overweight, and unfortunately, it only makes the weight loss process harder to accomplish. She also suffered from achy knees and feet from the weight, and plantar fasciitis, which is an inflammation of a thick band of tissue that connects the heel bone to the toes, which had caused her loads of discomfort pain.

What sort of health conditions did you have due to the weight?

As previously mentioned, she had suffered from Plantar Fasciitis due to weight, and it was a direct symptom of her weight. Other than the occasional joint pain, Layla was lucky not to suffer from any unfortunate or possibly dire health effects.

What is the one thing or many things at once that made you realize it's time to change?

Layla had felt continuously uncomfortable living in her own body. Bodily discomfort, though it is commonly known as physical ailments, is also mental. You may have lowered confidence and libido, depression, or even anxiety. Another issue for her was keeping up with her children during daily walks. Another push into the weight loss direction came from when she saw photos of herself from a birthday party. She had realized how big she was and did not want to be considered "the fat mum."

What was the biggest struggle you went through while losing weight?

During this weight loss journey, she struggled as much compared to her previous diets. In her past diets, she states that she would get to a certain "x" point then and fail. During this lockdown period, she hadn't been around other people or social occasions, so temptations didn't quickly derail her from her goals. This helped her as she was vegetarian. Usually, to opt-out from meat-eating, eating out at carb-based places was her original go-to.

Did anything impact you to make it harder to lose weight?

Just alone, the fact that her weight loss was working was enough to keep her consistently motivated throughout the entire weight loss process. Thankfully she also had a partner on board with her diet, so there weren't any in-home temptations. Unfortunately, many individuals have partners or family living in their home who continuously bring in the wrong food despite having to stop to prevent temptation. Suppose you are struggling with a similar situation. In that case, it's vital to either stand your ground by showing the future results of eating unhealthy or practicing stricter portion control if it's entirely out of your hands.

How much weight did you lose in total?

How do you feel now after losing weight?

After losing all of that weight, her foot pain, Plantar Fasciitis, had completely disappeared. She describes the foot pain as "being in agony with every step she took a step." Now thanks to her massive weight loss, she doesn't suffer from this problem anymore.

How is your confidence now?

Layla admits that she wasn't a very confident person in general, as she is quite shy. Despite this being the case, due to her weight loss, she had now gone out one Friday night and wore clothes that she hadn't worn in over five years because it used not to fit her. This had given her an enormous confidence boost.

What are some things you couldn't do before weight loss that you can do now?

As previously mentioned, during her school walks, she struggled to catch up with her children. Because of her successful weight loss, she can now keep up the walks daily with far less struggle than before. She says though the walk isn't too far, four months ago it would have been too painful to keep up the daily walking, soon having to use a car. Now she walks every day, even when there is rain.

What did you learn about yourself throughout the journey?

"That I don't need to eat constantly or eat carbs for energy. I used to have a piece of toast before leaving for work, porridge or cereal at work for breakfast, snack all day, big carb-based lunch, more snacks, carb-based supper, and then something before bed. Now I eat one meal, at 11 am-12 pm, a small meal at 4 pm like yogurt and dinner at 7-8 pm. No snacks, no white carbs."