Follow throughout Siggi Palma's journey through his weight loss. For many people, feeling older, or being older is a reason to why they don't see the reason to lose weight. Just because you felt that life has already passed, or "I've lived this long" should never be a reason to hold you back from achieving your best self. 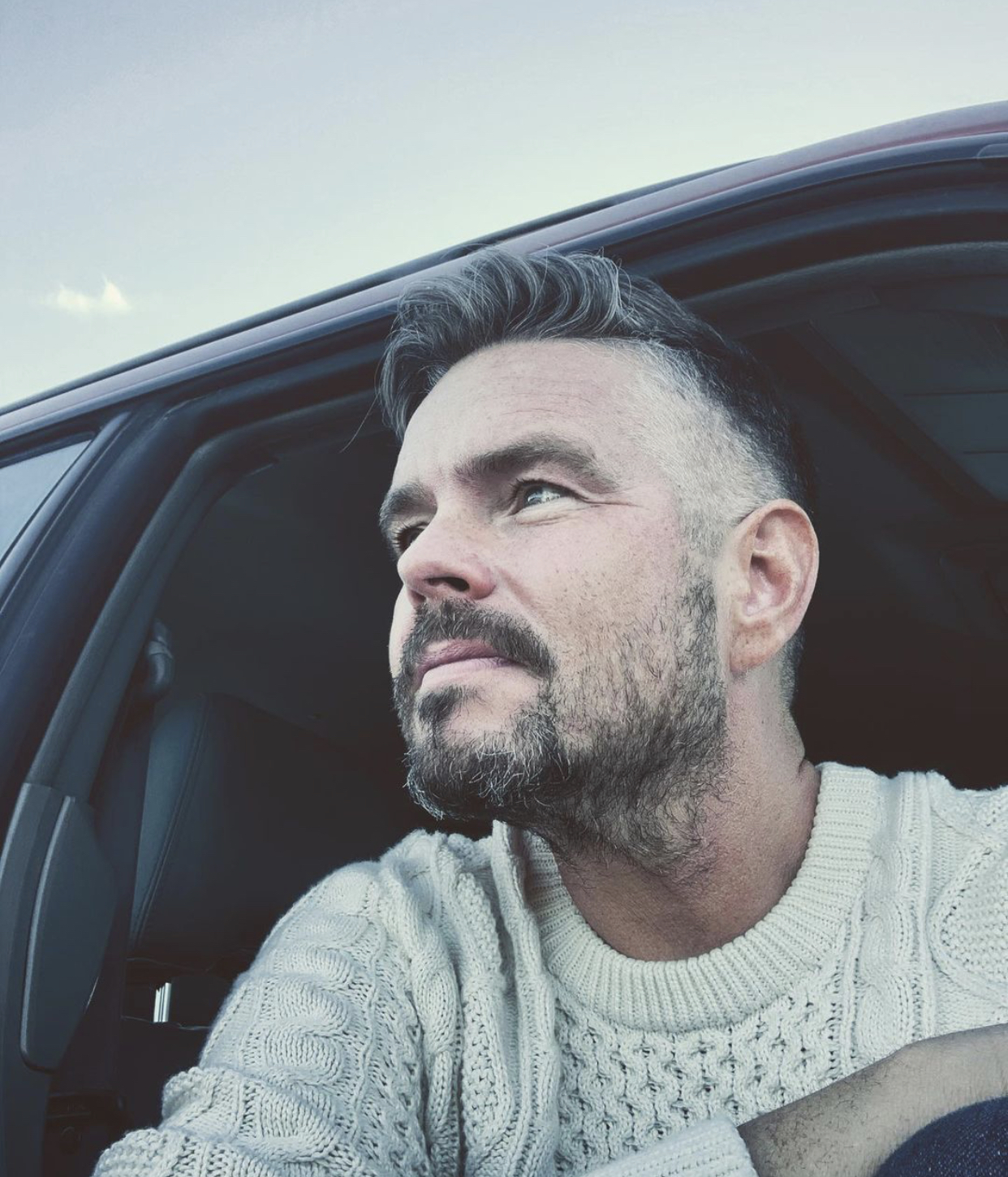 1. How did you feel before losing weight?
For Siggi Pálma, the weight gave him more psychological issues than physical. For him, he mentioned he felt "old and sad." Saying, his body was giving up on him by overeating. It's typical that weight makes us feel heavier and more tired and can make us seem much older than we indeed are.

2. What sort of health conditions did you have due to the weight (if any)?
Thankfully, for Pálma, he didn't suffer from any medical problems at the time, but for him, he felt that he was heading there fast. During the early stages of weight gain, it's common to think that we don't have to fix or change anything because we don't feel affected. This can be as dangerous as thinking, "Oh, this could never happen to me." For some bodies, the physical damage may not be apparent. Still, it is bound to happen, whether that would be cardiovascular health, body pains, or shortened lifespan.

3. What is the one thing or many things at once that made you realize it's time to change
Pálma quotes," It was a moment, I woke up on the 1st of January 2018 and felt like I was killing myself. I have two young boys and want to be there for them. I will never forget this moment."
Though it isn't as much as discussed as the physical setbacks from the weight, mental health is a serious issue. With all the struggles that weight puts on your body, health, and a social aspect, it can be detrimental to the mind. Studies have shown that suicidal behavior and obesity have tied together.

4. What was the biggest struggle you went through while losing weight?
For Pálma, his biggest struggle was battling the temptation mindset. For larger people, it's easier to find themselves to be more hungry continually. As food well is one of the necessary parts of survival, combining that with the temptation to eat more was a serious challenge. In quotes, he was, "At war with my brain. I had to reboot my whole thinking."

5. Did anything impact you to make it harder to lose weight?
Siggi Pálma had made sure to stay determined on the goal to lose his weight, despite a few instances where he lost sight of the mission. It can be easy to be sidetracked when losing weight, whether it's doubting our abilities, going through trying times, or mental health. Despite any of these things, Pálma had managed to get through it all.

6. What kept you motivated throughout the weight loss?
Pálma says two things helped him a lot,
"Stepping on the scale every day to learn how my body reacted to food and how I felt. "

If he ever felt in doubt, he would look back to a photo of himself when he started ago in January 2018, and then a picture of Frank Sinatra at his age. No, you don't need a photo of Frank Sinatra to motivate you, but it is a great technique to find motivation. Another way to incorporate pictures into weight loss is by using yourself.

Whether you are just starting or on a weight loss journey, make sure to have photos of yourself from the past and then at the end. It is a great way to show friends and family your achievements and remind yourself of how far you come.

7. How much weight did you lose in total?
Siggi Pálma had lost an incredible 38kg (about 84 lbs) throughout his weight loss journey, though his original goal had been only 36kg. 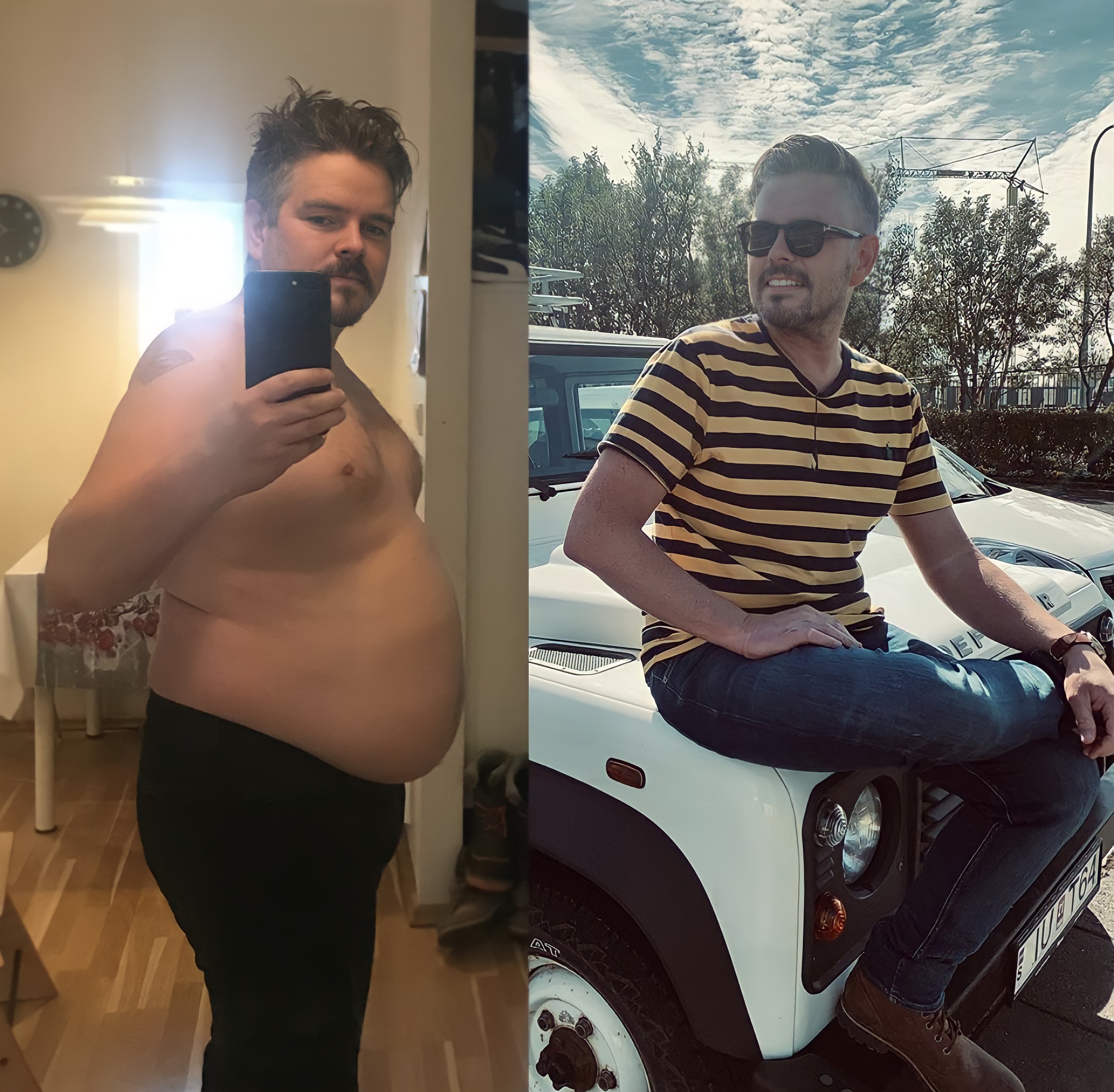 8. How do you feel now after losing weight?

"I got my life back - I am healthy, happy, and stronger than ever before."
When losing weight, you can almost feel like you are recovering or feeling like your broke from the shackles that weight has kept you in. That feeling of freedom is one of the most liberating and satisfying experiences a person can have.

9. Did this weight loss affect you health wise?

Pálma had made a smart decision to begin losing weight before anything severe or worse, permanent, had happened to his health. Thanks to his discipline and the constant fight for weight loss, he lives a happier and healthy life.

10. How is your confidence now?
Now for Pálma, he says he feels both mentally and physically confident after the weight loss. "This is one of the hardest things I have ever done, but it has given me a belief in myself and that I can accomplish my goals."

11. What is one thing you couldn't do before weight loss that you can do now?
Now in Pálma's life he can, "walk steps now without sounding like a foghorn." He reports feeling much stronger than he was 10 years ago. Everything for him had changed due to his weight loss. It is surprising the amount of impact weight can have in our lives and how much more achievable the world feels after losing it.

12. What did you learn about yourself throughout the journey?

"I learned a whole lot. I would say my biggest lesson was respect. You have to believe in yourself - through every mistake came victory, and that demands respect."